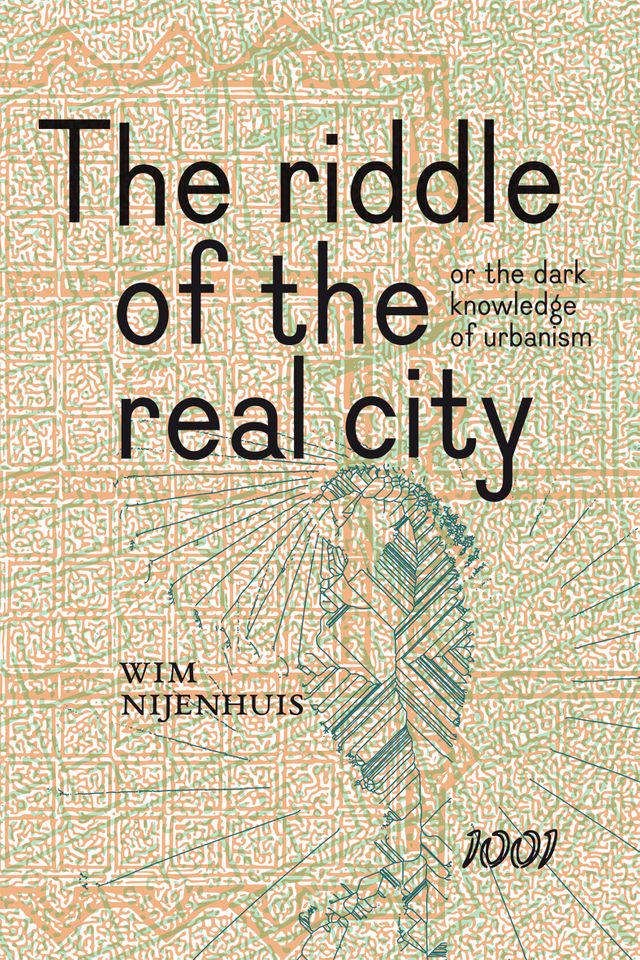 Besprechung von »The Riddle of the Real City, or the Dark Knowledge of Urbanism: Genealogy, Prophecy and Epistemology.« von Wim Nijenhuis


The book The Riddle of the Real City deals with the history of the city of Rotterdam. However, at the same time, the scope of this work is much wider. As the author writes, it is a »cloud essay« that serves to sharpen our theoretical understanding of urban interventions, and it is also a dialogue with philosophers like Bataille, Foucault, Sloterdijk, and Virilio. As a non-linear history, the book is a response to our present media reality and the fragmentation of information; as such, it …
Heft kaufen

The book The Riddle of the Real City deals with the history of the city of Rotterdam. However, at the same time, the scope of this work is much wider. As the author writes, it is a »cloud essay« that serves to sharpen our theoretical understanding of urban interventions, and it is also a dialogue with philosophers like Bataille, Foucault, Sloterdijk, and Virilio. As a non-linear history, the book is a response to our present media reality and the fragmentation of information; as such, it answers by way of theory to our Digital Age. At first sight, this book by the architect and urban historian Wim Nijenhuis seems to fit within a Dutch tradition of urban historiography. For example, Nijenhuis shares with other historians a fascination with the city of Rotterdam. However, at the same time, the book sets itself apart because it is an alternative history, founded upon Nijenhuis’s vision of the character of modernity, a vision based on the meltdown of the solid core of civilization. The three parts of the book – a treatise on urban history, a bundle of essays about the condition of the city in our media age, and a set of meditations about epistemological problems – all accord with this view.
Whereas books about the history of the city are usually written from a modernist perspective as an unproblematic recollection of facts from the past, Nijenhuis’s book is written from a postmodern perspective, where the point of departure is a crisis in the representation of reality. This change of perspective defines the book’s content.
For Nijenhuis, history is no longer a phenomenon that can »simply« be depicted outside of the subject; rather, it is an unknown entity that, like a journey into unfamiliar territory, we can only examine by touch, as it were. This results in a kind of experimental history that consists of a combination of texts, statements, and perspectives through which the past is explored. As a historian, Nijenhuis sees himself as a »bricoleur« who collects fragments of discourse without believing them to be connected in an unproblematic way to a past reality. His propositions do not result in an undisputed truth claim. Consequently, the book’s keyword is »plurality«, for this is a work that contains a plurality of genres and of themes – Nijenhuis writes, for example, about the rise of the omnipolis, about speed and its effect on cities, but also about the French post-war neo-Nietzschean movement – and a plurality of positions.
The thread that ties all these parts together is the critique of Dutch urban historiography. In depicting the history of Rotterdam, Nijenhuis focuses on the »Coolpolderplan«, Rotterdam’s first expansion plan, which was drawn up by the military engineer W.N. Rose in 1858. This plan is generally regarded as the first manifestation of modern urban planning in the Netherlands, partly because of its vast scale and its use of a grid pattern. However, while Nijenhuis confirms the modern character of the plan, he criticizes historiography for viewing the plan as a kind of prefiguration of that other famous Dutch plan, the General Extension Plan of Amsterdam of 1935. Nijenhuis sees this as an example of historians pursuing an all-encompassing continuity that projects a solid chain of events onto the past. Instead, Nijenhuis makes a plea for writing history that hinges on discontinuity and singularity. For him, the Coolpolderplan was a singular historical accident created by chance, as it were, and consists of a heterogeneous cluster of texts and images. Rather than being the result of laws written in stone, he considers the Coolpolderplan an example of modern urbanism that consisted of an accidental mix of medical, engineering, and aesthetic »parlances.« For Nijenhuis, heterogeneity and singularity are key elements in the fabric of modernity, the essence of which results from the dissolution of a previously solid form of civilization. Modern urban history thus becomes the history of the dissolution of the fixed form of the fortified city, which in the nineteenth century gradually gave way to the city as a constantly shifting object whose form is determined by fluctuations in the size of its population and the actions of its citizens. Thus the modern city is for Nijenhuis a complex ever-changing entity whose metamorphosis becomes increasingly intense in the twentieth and twenty-first centuries, until the city assumes its present identity as something that is almost unrecognizable, surreal, a mobile construction that shifts and changes shape under our feet. It is in this way that Nijenhuis speaks of the city as a dromocracy, consisting of roads and mobility, or of the present liquidization of architecture and the breakdown of the continuous time-space of archaic geometry. All these analyses stem from one central thesis: that modern discourse on urban design lacks solid ground as it is caught up in a movement of permanent change, perpetual upheaval, and renewal.
With The Riddle of the Real City, Nijenhuis proves that postmodern philosophy remains a controversial yet persistent resource for theorizing. His book requires a certain level of familiarity with philosophy, not to mention the stamina to wade through some dense prose. However, this is a significant work in terms of rethinking the theory of the city, shaping postmodern urban history and, last but not least, analysing our present condition.