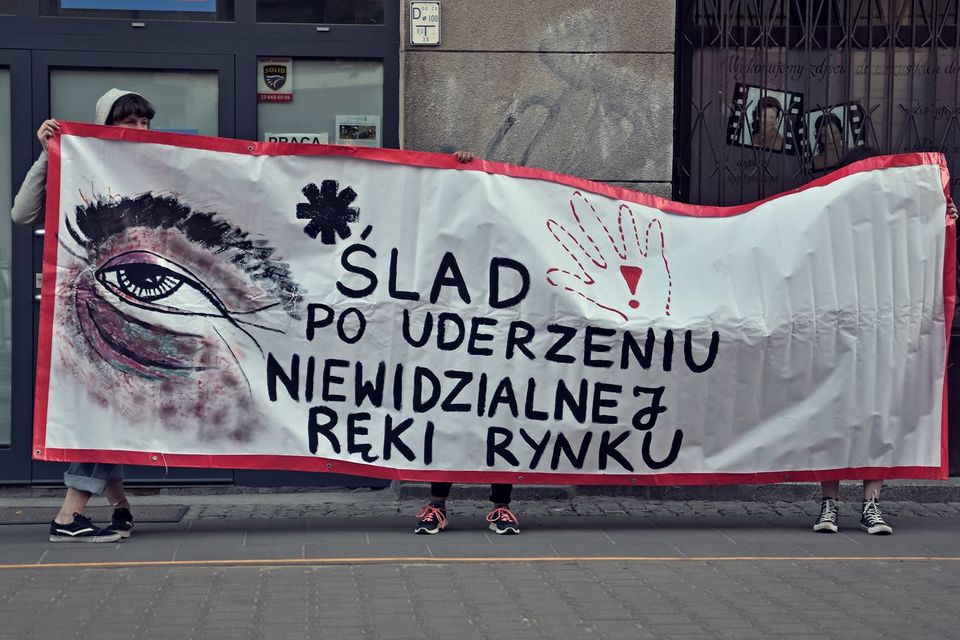 Protest in front of the house of a tenant, who got kicked out of his flat and beaten: »struck by the invisible hand of the market.«
Lisa Puchner, Syrena, Cafe Kryzys

It ALL Started with RAGE and ANGER

Activists from Syrena and Cafe Kryzys interviewed by Lisa Puchner

Syrena is an autonomous collective that is a headquarters for the Warsaw Tenants Association which focuses on housing struggles and tenants’ rights. Syrena is based in a reclaimed tenement building in Warsaw. The space func- tions as a place for non-commercial activities and support for local initiatives and inhabitants. The building is a typical case in the history of reprivatization – the procedure of transferring community-owned houses to so-called inves- tors. It was a squat in March 2011, now it is inhabited by about 35 people and hosts several other organizations like the Warsaw Revolutionary Theatre, immigrant support and antifascist groups, a bike workshop, an anarchist library as well as the coffeehouse Café Kryzys. Lisa Puchner of dérive talked with activists from Syrena and Café Kryzys about their stories and the situa- tion of tenants in Warsaw.