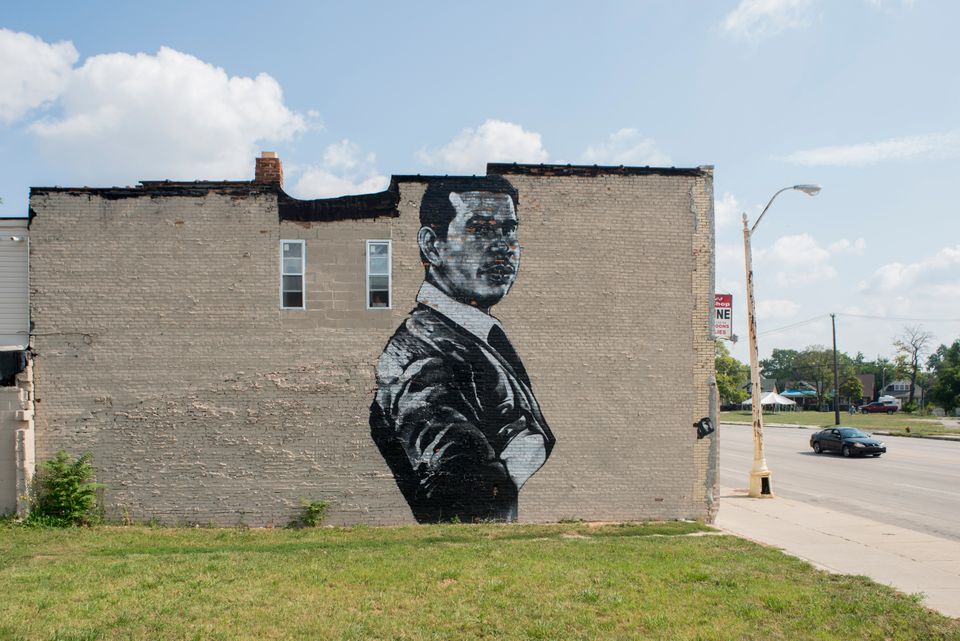 Tribute to street artist Nekst, by New Zealand artist Askew One. Mattie, the owner of the store, was threatened with a ticket by the city, if she did not remove the image of the knife (see p. 19). Photo — Camilo José Vergara.
Alexa Färber, Camilo José Vergara, Kerstin Niemann

The slow decay of urban architectures and infrastructures, derelict buildings, wasteland, urban wilderness, and scrapped homes in Detroit’s city center contributes to the common image of the deindustrialized city. Yet citizens have adapted to and survived this long-term process of depopulation and economic downfall over the last six decades. Derelict buildings and structures become landmarks, gradually approaching the status of historical monuments and points of orientation over time. A new building boom driven by investment in private developments has led to the (re)building of some downtown areas. This process of (re)invention, known as the New Renaissance, is giving way to yet another future for the city, which has been in a constant state of renewal since its Golden Age in the 1940s and 1950s.


Kerstin Niemann (M.A.) studied Applied Cultural Sciences at Leuphana University in Lüneburg. She is research assistance in the department of Metropolitan Culture at HafenCity University Hamburg pursuing her PHD on Detroit.