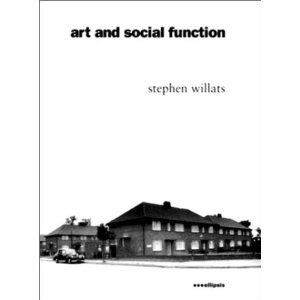 This is a new edition of a classic conceptual-art text first published in 1976. Long out of print and much sought-after, 'Art and Social Function' starts from the position that 'art practice operates within an environment of institutions and groups of people which effectively maintain it as an identifiable activity within society'. Instead of preaching to the converted - those already within 'art's social environment' who are concerned about such questions as what constitutes an artwork - Willats argues that the artist should embrace the concept of pluralism and with it the relativism of the audience's perception and the context-dependency of the artwork. As well as providing a theoretical framework, 'Art and Social Function' documents two large-scale projects - one in west London and the other in Edinburgh - and introduced Meta Filter, an interactive machine designed to develop the relationships between individuals, and between individuals and groups through the examination of differing perceptions of social coding structures.