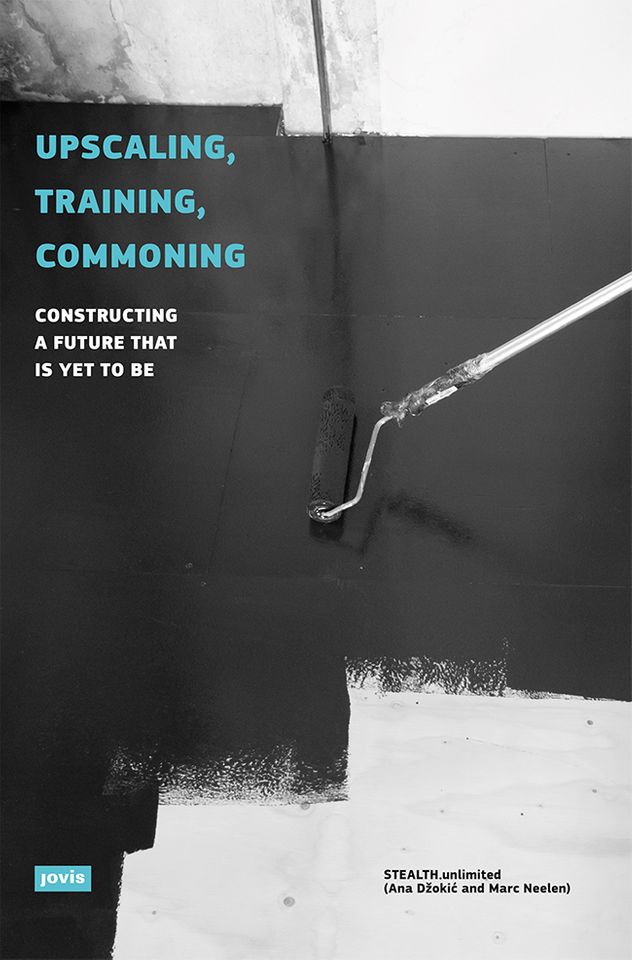 Upscaling, Training, Commoning. Constructing a Future That is Yet to Be.

Upscaling, Training, Commoning features a lively account of the 10-year exploration by STEALTH.unlimited into what it means to engage with the glimpses of a world that has become conceivable in the cracks of the Global Financial Crisis (2008). Ultimately, this book is about devising methods for imagining and enacting other worlds. The perspective for this is situated between spatial practice and emerging commons, between an already plundered future and the politics of possibility, between reflection and future fiction. The book traces the moves STEALTH.unlimited (Ana Džokić and Marc Neelen) have taken to reframe practice, to rethink economy and create urban commons. Its six-part sequence moves from critique to commitment, but along the way reveals an unsettling systemic rejection – by current politics and economy – of the urgency to upscale and "train" for a world beyond the capitalist urban condition. The book leads us thus to a crucial question: how to construct our alternatives on the ruins of the broken system? By including personal accounts from emerging alternative voices from literature, economy and urban politics from across Europe, it expands this quest beyond the field of architecture and art.