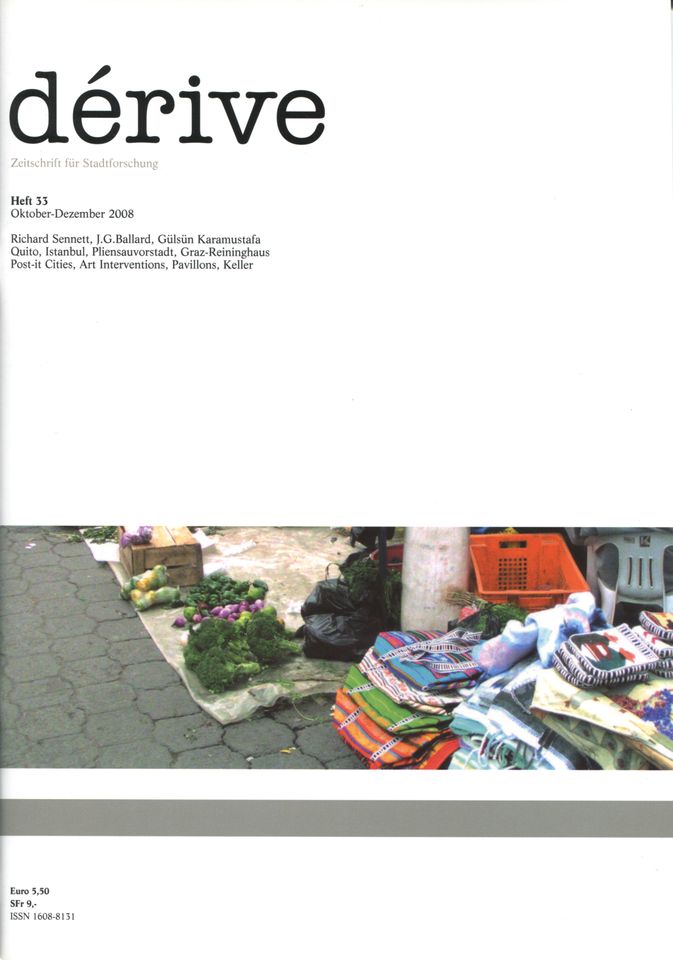 
„... spaces can never succeed to be fully capitalized. Therefore they possess the capacity to become something else.“[1] J. K. Gibson-Graham Urban Transformation in Istanbul On August 28th 2008, early in the morning, the bulldozers of the municipality began to destroy the barracks of seasonal migrant Gypsies from the city of Adana[2]. With support of the police forces, they continued to move towards the houses of the habitants of Istanbuls Sulukules district. The habitants of several …
Heft kaufen


Pelin Tan is an Istanbul based sociologist and art historian.