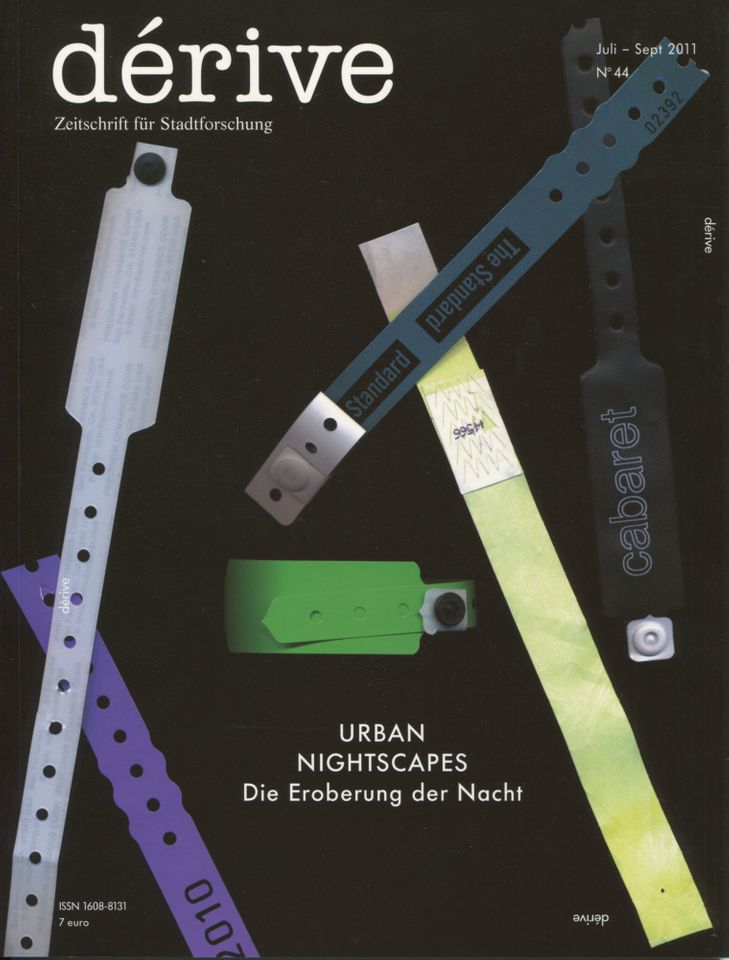 In April 2010, we formed ourselves into an independent and interdisciplinary work group to carry out a research project on nightlife in Geneva, commissioned by the Cultural Department of our city and entitled, Journey to the End of the Night. Our group included several geographers and urban engineers, a sociologist, an ethnographer and a psychologist, amongst others. For the most part, we didn't know each other prior to the research project. But we gradually came together as we were all involved, in different ways, in questioning the same topic: nightlife. Through a totally self-managed and very collective way of working, outside the confines of any academic structure, we produced 150 pages of maps showing night venues, statistics and analysis of nightlife in Geneva, a report that is now a reference for local decision-makers. We rapidly realised the subject was wider than we had first thought. The question has become a very interesting starting point for reviewing general everyday urban problematics. No research of this sort had previously been carried out in this town and the only example that we had was the book Urban Nightscapes: Youth Cultures, Pleasure Spaces and Corporate Power, written by Paul Chatterton and Robert Hollands. The whole process questioned our role as researchers involved at a decision-making/action level. (...)