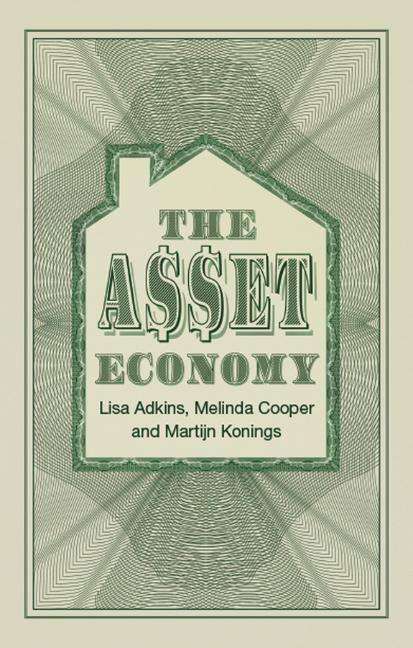 The Asset Economy – Property Ownership and the New Logic of Inequality

Rising inequality is the defining feature of our age. With the lion’s share of wealth growth going to the top, for a growing percentage of society a middle-class existence is out of reach. What exactly are the economic shifts that have driven the social transformations taking place in Anglo-capitalist societies?

In this timely book, Lisa Adkins, Melinda Cooper and Martijn Konings argue that the rise of the asset economy has produced a new logic of inequality. Several decades of property inflation have seen asset ownership overshadow employment as a determinant of class position. Exploring the impact of generational dynamics in this new class landscape, the book advances an original perspective on a range of phenomena that are widely debated but poorly understood – including the growth of wealth inequalities and precarity, the dynamics of urban property inflation, changes in fiscal and monetary policy and the predicament of the »millennial« generation. Despite widespread awareness of the harmful effects of Quantitative Easing and similar asset-supporting measures, we appear to have entered an era of policy »lock-in« that is responsible for a growing disconnect between popular expectations and institutional priorities. The resulting polarization underlies many of the volatile dynamics and rapidly shifting alliances that dominate today’s headlines.