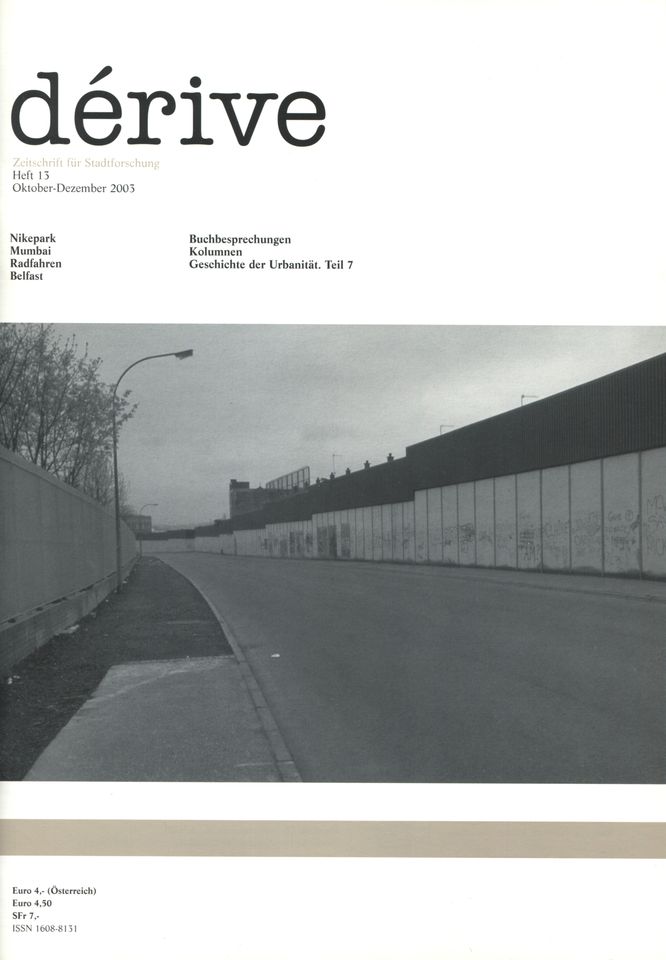 Planning and Regeneration in an Divided Society


Introduction Despite the relative peace since the signing of the Good Friday Peace Agreement in 1998, Northern Ireland remains a highly polarised and divided society. Thirty years of bitter conflict have left a deep mark on the political, economic and cultural life of the region, which is likely to take generations to overcome. The peace process touches almost every aspect of society, not least the spatial management of the region’s towns and cities. This process is most vivid in Belfast, the …
Tags
Belfast
Heft kaufen