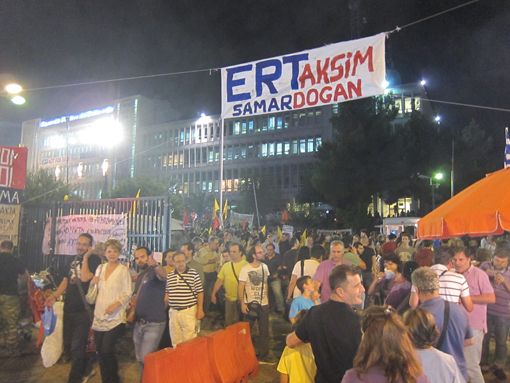 
In contemporary urban theory the city of enclaves represents a concrete tendency of partitioning urban space (Marcuse 1995, Marcuse/Van Kempen 2002). It is not only differentiations in terms of culture, race or ethnicity that are regulated and spatially imposed in the city of enclaves. It is also differences in income and status (and therefore power), that are made effective. Space does not simply express these differentiations. Space co-produces them by giving ground to situated experiences …
Tags
Threshold, Enclave, Utopia, Segregation Border, Space
Heft kaufen

In contemporary urban theory the city of enclaves represents a concrete tendency of partitioning urban space (Marcuse 1995, Marcuse/Van Kempen 2002). It is not only differentiations in terms of culture, race or ethnicity that are regulated and spatially imposed in the city of enclaves. It is also differences in income and status (and therefore power), that are made effective. Space does not simply express these differentiations. Space co-produces them by giving ground to situated experiences of displacement, of secure sheltering in fortified enclaves, of regulated movement, of limited accessibility and so on. Space regulates and instructs people, enforcing an experienced taxonomy of power.

Every city today is explicitly or implicitly divided. Every city is defined by spatial enclaves that constitute an urban archipelago. Borders are not just between states; borders are everywhere in the world’s cities, operating as discriminating spatial regulators. Discriminating is above all a matter of spatial form. Apartheid architects and planners were pioneers in searching for urban forms appropriate for social segregation. It is not so surprising that they have adopted the utopian models of Robert Owen and Ebenezer Howard, in creating separated, enclosed »urban villages«, with each race group having its own residential area (Bremner 2005, p. 123). Complete urban separation is indeed a utopian project based on the rhetoric of efficiency and avoidance of conflict. What these utopias share with the early socialist utopias is the belief that an imposed taxonomy of people will guarantee an eternal social order.
We need to reject the organizing principles of the city of enclaves as well as the urban imaginary that legitimates these principles. We need to go beyond any idea of planning a partitioned and separated city in order to control populations that are supposedly predisposed to conflict (ethnic, racial or otherwise). And since enclaves are defined by controlled perimeters and recognizable checkpoints, we need to go beyond any discussion aiming at a just or sustainable definition of borders. It is true, as Etienne Balibar suggests, that a kind of borderless world utopia can only turn out to be the nightmare of a world controlled by multinational enterprises (Balibar 2002, p.83). We can, however, replace borders by passages. We can conceive of urban fabric as constructed by those in-between areas that we can call urban thresholds: places that separate while connecting and connect while separating (Simmel 1997, p. 66–69). Urban thresholds are not urban parentheses. Urban thresholds are neither buffer zones, nor a no-man’s land located between separated urban areas. Urban thresholds are more like bridges to otherness. They constitute the spatial equivalent of differentiation through comparison rather than through separation. Urban thresholds can thus become a form of spatiality that can help different people live together, communicate and construct where, when and the way they want their common life, without reducing their different cultures to an imposed homogeneity.
We need to go beyond the image of an ideal city envisioned as a just and peaceful enclave, a kind of self-enclosed humanitarian utopia. A porous urban perimeter is absolutely necessary for a city to be able to survive. Urban thresholds can indeed define the character of these city »pores« (a word meaning passage in ancient Greek).
Henri Lefebvre has prophetically claimed that the right to the city is the right of rights, the sum of human rights collectively practiced (Lefebvre 1996, p. 158). For him the city has been once and should be again a collective work of art (ibid.p. 173–174). To achieve this, equality, though absolutely necessary, is not enough. People must have the opportunity to create their own cities through direct involvement and mutual awareness. Urban thresholds can be those social spatial artifacts that can be created through use. Thresholds exist to be crossed. Thresholds exist when crossed. Moreover, thresholds, as potentialities, can express the meaning of human interaction, exchange, communication, the meaning of offering (Stavrides 2010). Urban thresholds may thus become those everyday symbolic sites where everyday creative coexistence is made prominent while being performed.