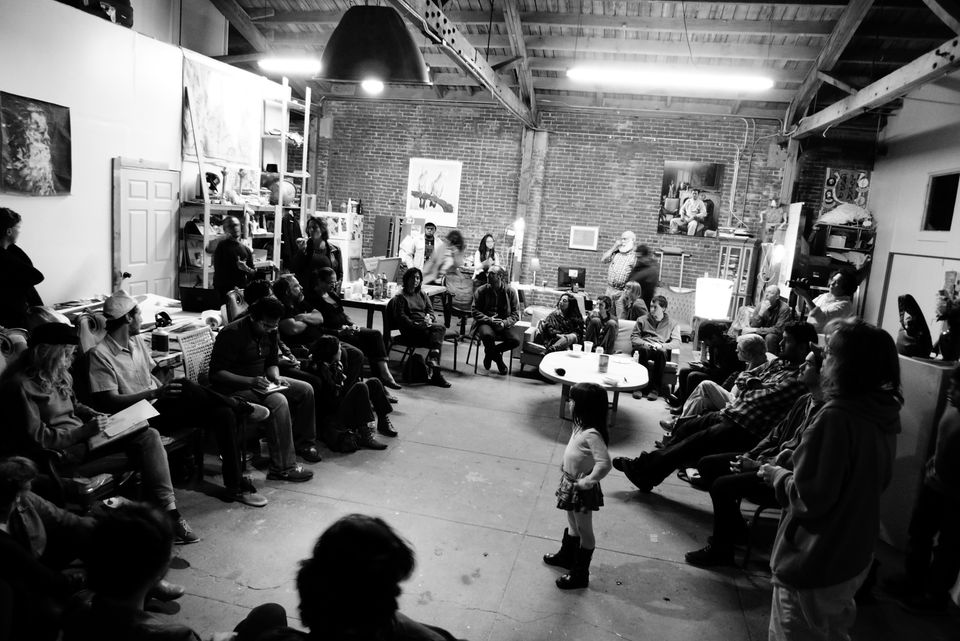 In fall 2012, the political art collective Ultra-red invited a diverse group of Los Angeles artists, organizers, and educators to participate in community meetings across the city. Christened School of Echoes Los Angeles, this open-ended series of teach-ins on organizing and popular education eventually brought together twenty individuals from a variety of neighborhoods.1 The monthly meetings became a space for members to pursue a different kind of pedagogical project: a school that took seriously Grace Lee Boggs’s old slogan that the community is the classroom. School of Echoes members spent their first year together doing outreach in their respective neighborhoods, listening to the answers that people gave when asked: »What are you hearing are the issues in your community?« As collective members reflected on their research, it became clear that a single existential question dominated the lives of poor and working-class people in Los Angeles. »Where will I go when I can no longer afford my apartment?«


School of Echoes Los Angeles is a multi-racial and multi-generational autonomous collective founded in 2012, made up of organizers, popular educators, and sometimes artists engaged in anti-gentrification organizing as co-founders of the Los Angeles Tenants Union, where we give our energies daily.